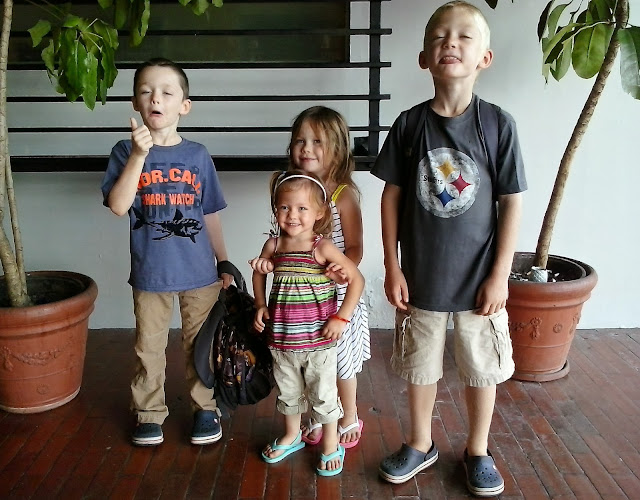 (Hanging out in the Jakarta Airport after a visit to the Canadian Embassy. As you can tell, Luke & Si have really practiced hard for their passport photos...)

Moving overseas certainly brought about more paperwork than I had expected. Or, you could say I never really give it much thought, until I needed to. I remember maybe 3 years ago Amy and I digging through boxes of who-knows-what looking for - of all things - our high school transcripts. Who'd of thought we'd ever need our high school transcripts again!? It's sometimes hard to burry the past, or at least high school.

I now think God used all of our initial frantic messing around with documents as a little prep for living as a guest in this country, a place that requires constant paperwork maintenance to keep you a "valid and current" resident. There is an amazing amount of fussing about that goes on every year realted to this, and I'm so thankful for those who trudge through the red tape to allow our family to be here! With this in mind, please note that my following long windedness and borderline ranting is merely a result of me exercising my innate right to freedom of speech I seem to feel I was born with (since I come from a Western Country), rather than complaining from a thankless attitude. How's that for a mouthful.

But alas, I must confess it is Canada, my home and native land, that is credited with our family's most recent paperwork adventure - Passport Renewal. The funny (or should I say slightly ironic) thing is, it has had a very Indonesian experiential flavour to it. One of the most common difficulties I've heard North Americans describe about living in this country is that "it just seems to take way longer to get things done here..."  I've heard this voiced many times in many different ways, and I've even said it myself.

Let me share just a wee bit of our passport renewal experience by way of comparison to help illustrate how things sometimes take longer here:

Getting Passport pictures for the Family in Canada:


Well, there you have the most of it!
Now I better show some more trip to Jakarta of pic's of our kids to "cute" this blog up a bit: 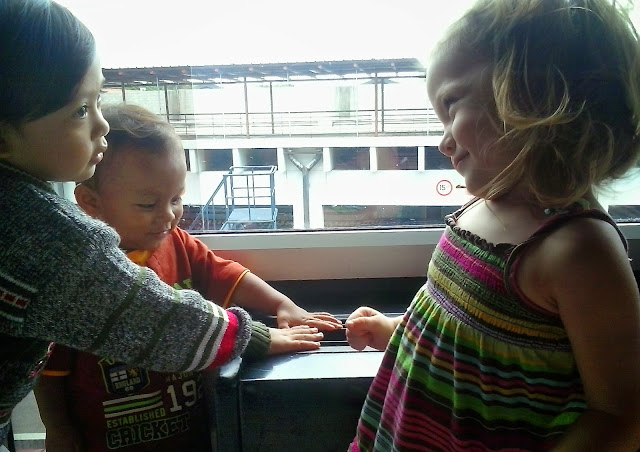 The girls entertain themselves in the airport terminal playing with an air vent. 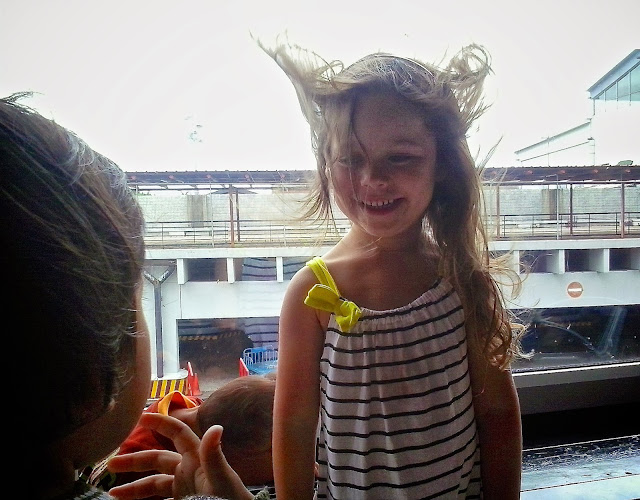 Next blog post I'll get back to our adventures trekking about in the Krayan...

First, I must divulge that for the past 3 weeks or so email has been almost non-existent. Why do I say "email" and not just plain old internet? Well, things are often more complicated than they seem, well at least until I dumb it back down.  Our problems with the internet have not just been actual connectivity or a lack of band width, but also infrastructure so-to-speak (here goes the 'dumbing down part' where I equate electrons, modems, & ping rates to more tangible things like roads or plumbing). We've had the ability to load the odd web page, but forget about sending an email with any size attachment! It's like the road has been closed down to one lain of traffic, and the guy with the sign directing traffic out of Tarakan was a little confused and was leading everyone into a ditch. That's where a lot of my emails ended up, in a cyberspace ditch.

But alas, for the time being, we're in business, and for that I am thankful. The funny (or not-so-funny) thing is that both at home and at the hangar we rely heavily on communications via the internet. I'd say even more so than we did back in Canada. All that to say, uploading pictures to this blog has been next to impossible for some time. But as someone wise said once, if our internet was really good, and we never had power outages, there probably would not be a big need for an organization like MAF here...because that part would be all figured out too.

On to tails of Adventure and Intrigue...
This passed summer I had an opportunity to go interior for a few days with fellow MAF'er Paul College, and try my hand - or should I say feet - at trekking a wee bit in the jungle.

We first flew to the village of Paupan, which was throwing a party, a kind of village reunion. It was an all weekend thing, and all sorts of folks who were originally from this village were travelling back from surrounding areas via airplane to hang out for the weekend. 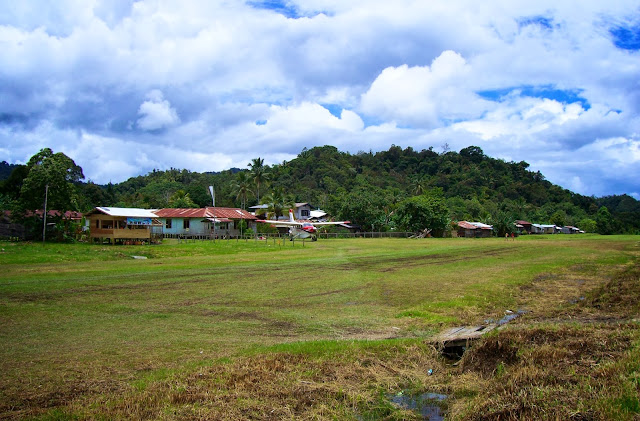 They built this very cool looking bamboo structure below for the occasion. I think their plan was to leave it up for several months so it could be used for other events. I would hope so, because it sure looked like it took a lot of work! 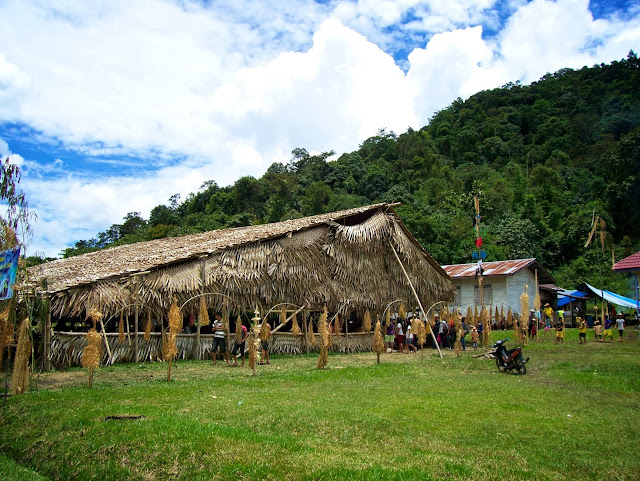 Upon arrival, we got to try out the ceremonial blow dart gun. Yes, this is poisoned blow dart country! 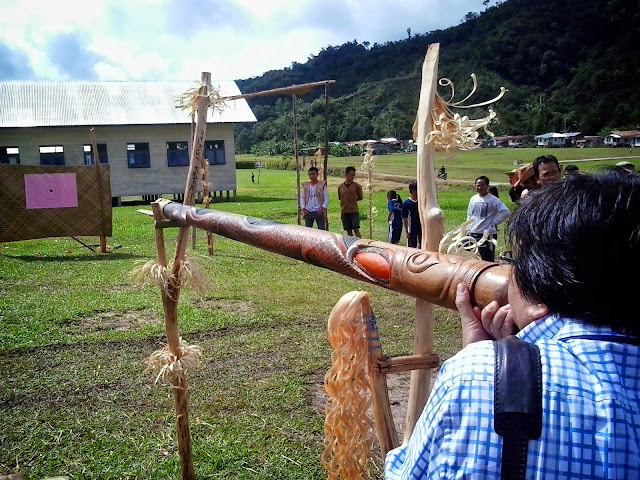 Below is David from Spain (originally from California). David and his friend Felix have incredible timing, as the day before Paul and I planned to fly out, they just happened to show up to the MAF hangar, looking for a way to get to the interior of Kalimantan to go trekking in the jungle. It just happened to be the perfect time of day, as our pilot had newly returned back from flying and hadn't left the hangar yet. Not only that, there just happened to be available seats on the airplane Paul and I were flying out on the next day - another rarity during a summer when we were very low on pilots! 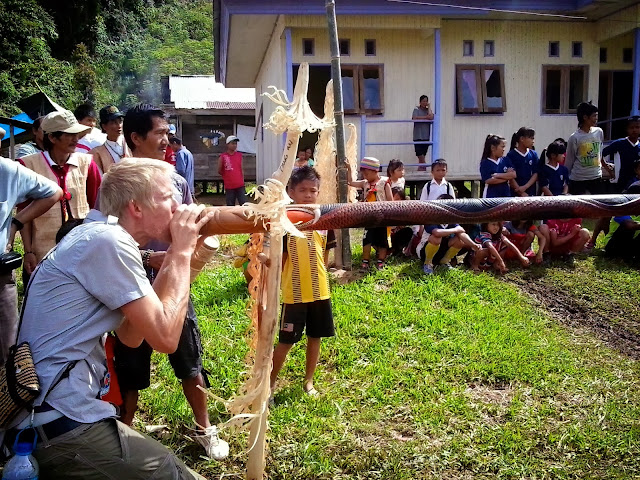 But I'd say the real reason they lucked out is that Paul probably has more connections and experience trekking about in East Kalimantan than any other foreigner currently living in this area. So, we met them the morning we flew in to Paupan, and ended up spending our entire 4 days interior trekking about with Felix & David. 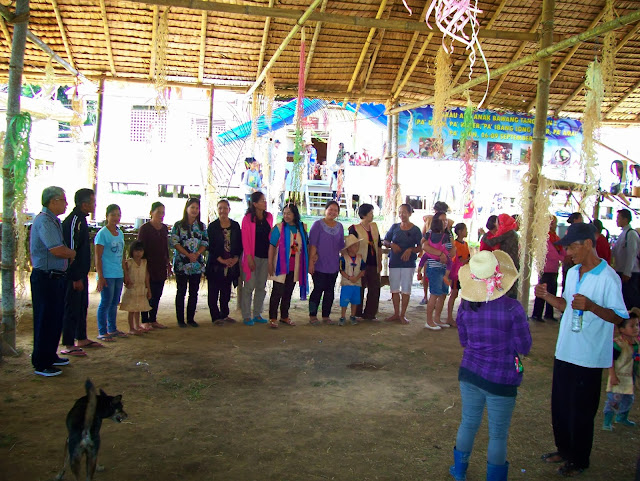 When a plane would arrive with more people, the meet and greet handshake line up would form to welcome you (after trying the blow gun of course).

Below, the sun comes back out quickly after a tropical rain shower. The rain was certainly a sign of what we would see a lot of in the days to come! 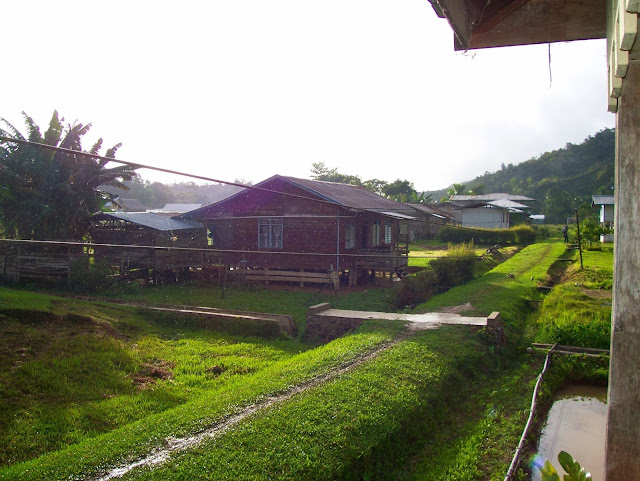 The bustling metropolis of Paupan. 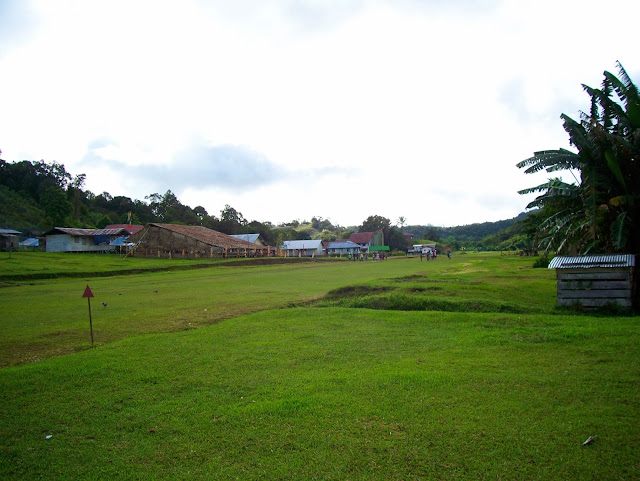 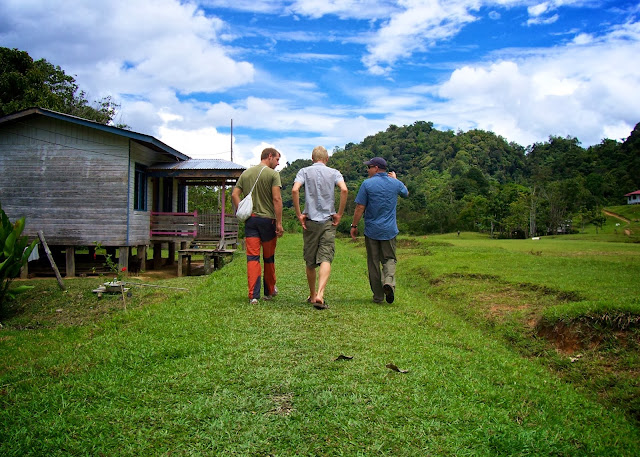