News from the Potato State

Actually just news, nothing about potatoes - except that they're delicious.

Here's a little video of our kiddies playing around our home here at MAF.
http://vimeo.com/29544643

Last weekend we had a chance to drive on down to the local giant US airforce base (it had its own Burger King and Subway) and catch a free airshow...Hey, the price was right! Nothing quite like watching aircraft worth millions of $$$ burn thousands of $$$ worth of jet fuel, and not pay a penny. Now that's a good use of tax dollars! 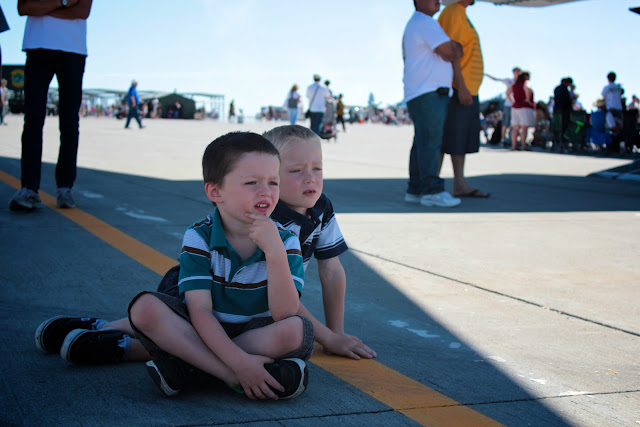 Catchin' some shade under a C-130 Hercules 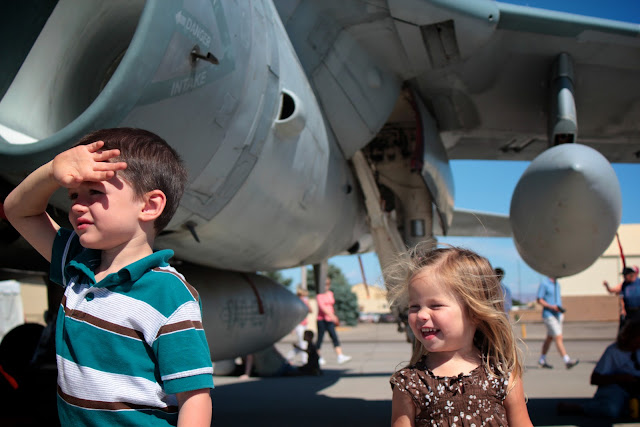 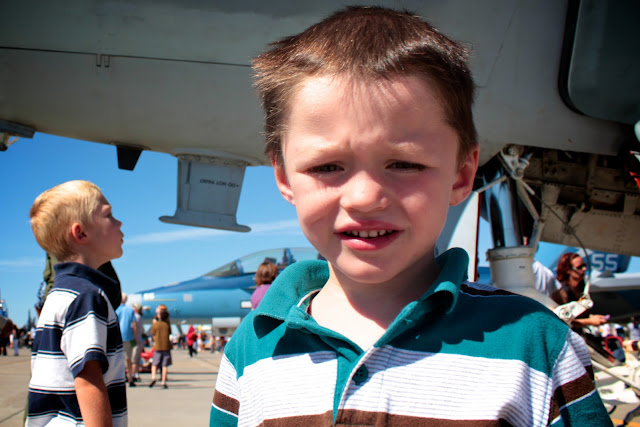 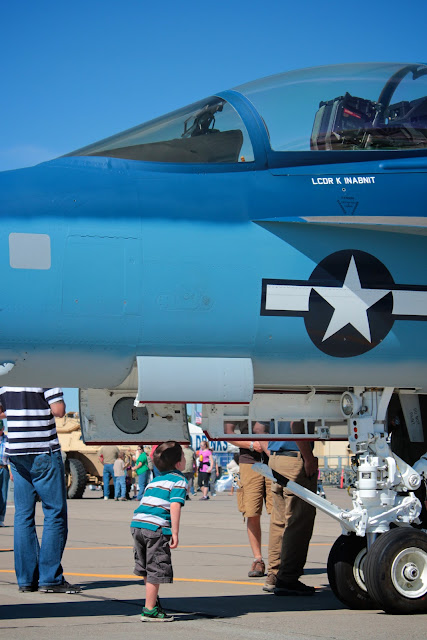 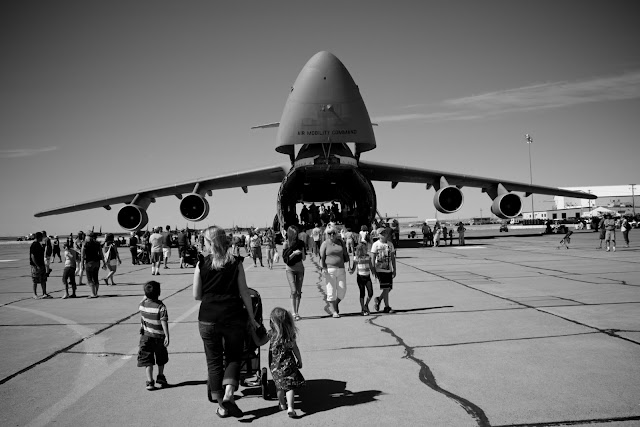 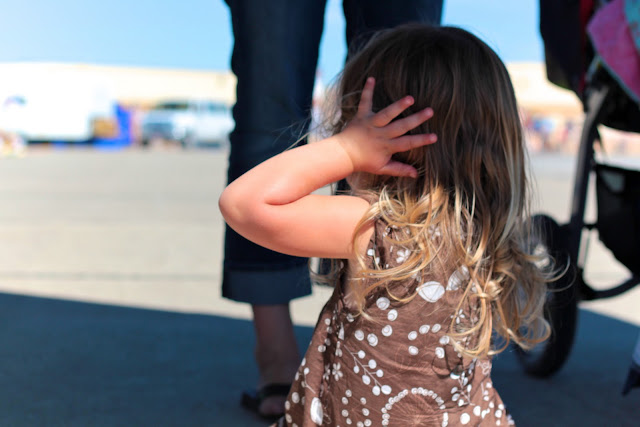 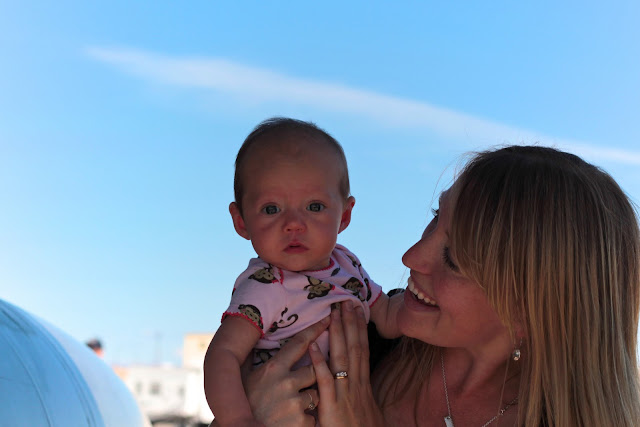 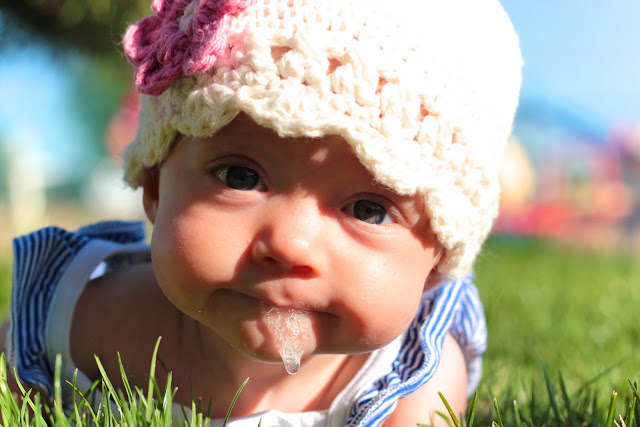 Not at the air show, just Charlotte drooling and looking cute


Posted by Unknown No comments:

Here's my attempt to give a bit of an update on our family - via pictures.  Summer seems to stretch out down here, we have to remind our selves that we're half way through September as we've barely seen a day below 30 degrees C!  God is gracious to give us a bit of an "adjustment" period before we moved to Indonesia, especially with little kids acclimatized to Prince George weather. I find it so funny when people down here talk about how "It's nice up here in Idaho but the cold in the winter takes a bit getting used to."  Hilarious... 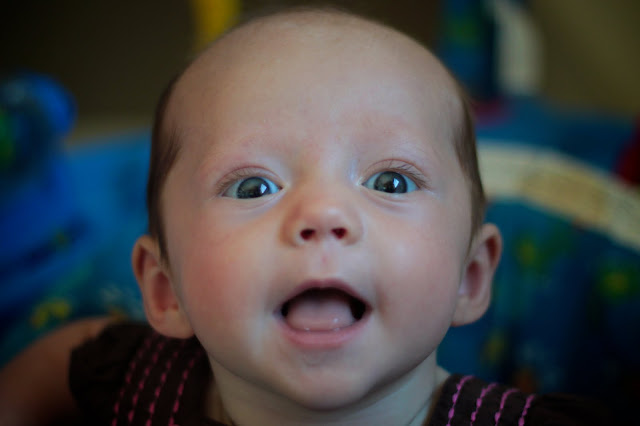 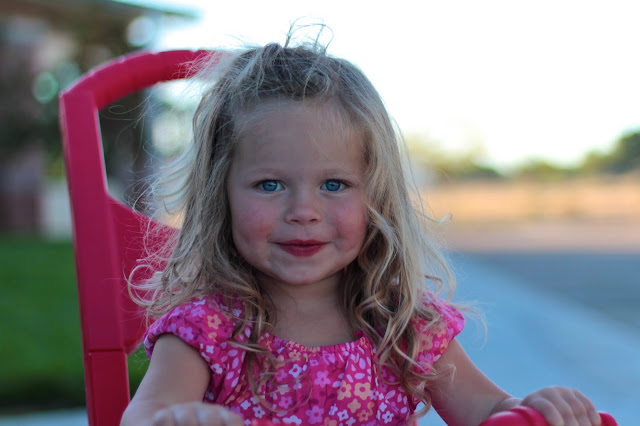 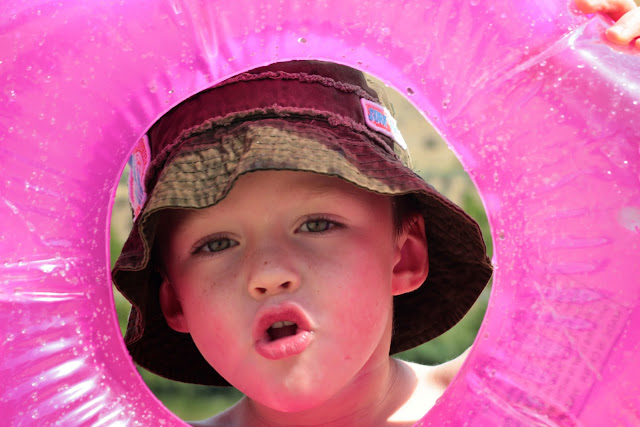 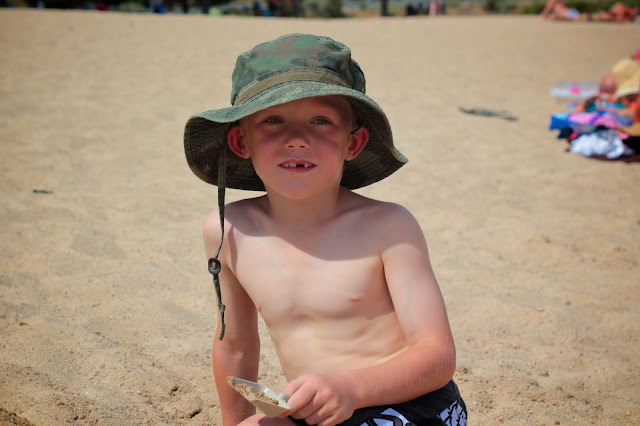 Last weekend we drove north of Boise about 1.5 hrs north to a little town called Garden Valley to a Ride to Fly event MAF was participating in. As you go north from Boise you gain elevation and get into the trees, very nice! 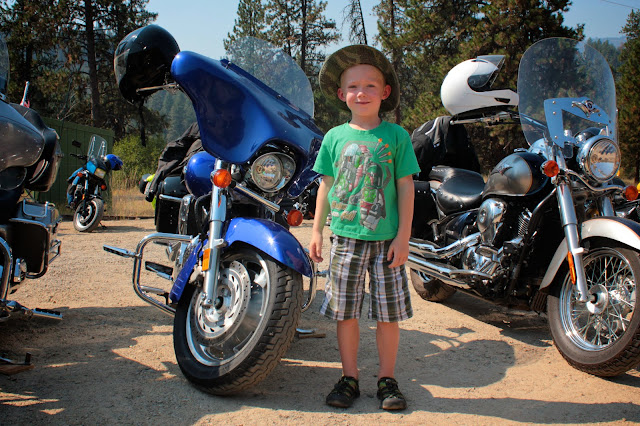 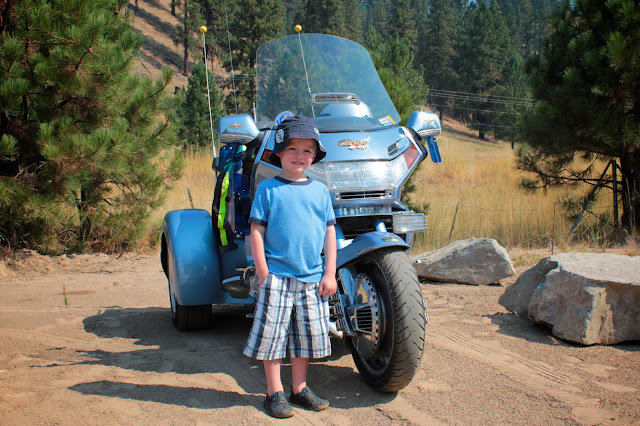 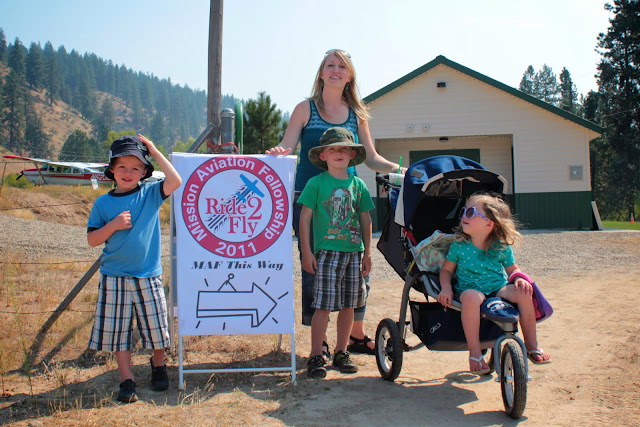 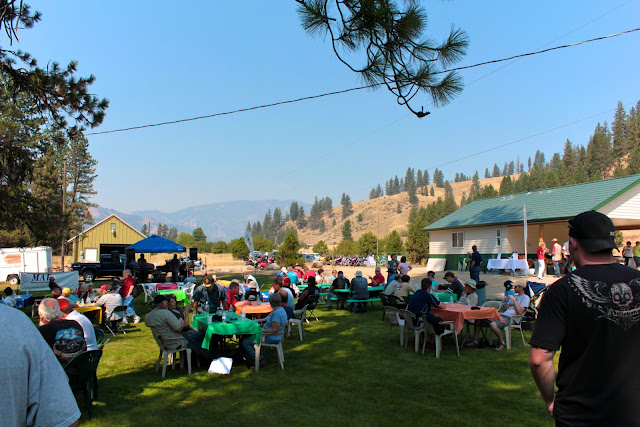 Folks enjoying food and tunes (if you couldn't figure that out). The grass airstrip is just behind the building.

A not-so-centered picture of one of MAF's three training aircraft landing at the grass strip. These are the aircraft we do a fair amount of maintenance on during standardization, and pilots (in training) with instructors use to fly into (and out of) all sorts of wacky air strips around the Idaho / East Oregon area. 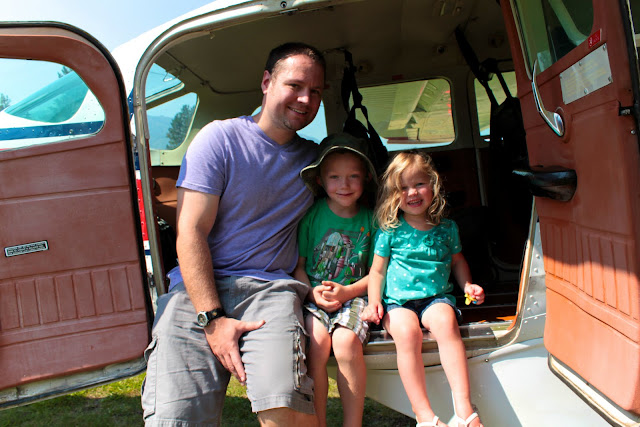 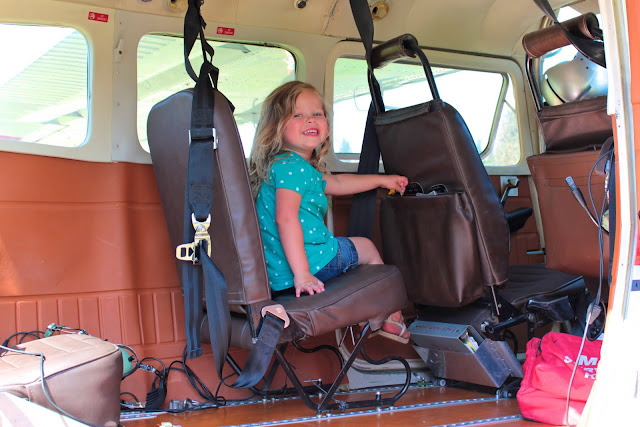 These little ol' Cessna's actually have quite a few modifications to them that MAF installs...Notice the seat Helena is sitting on has a "S" shape to the support. This design was developed to allow the seat to collapse on impact to cushion the passenger. Believe it or not, this could be the difference between a sore bum and a broken back (in aviation these things are always learned by experience). The seat rails you see (where the seats attach to the plane) are also a mod. They are more robust than the standard seat rails and allow for easier tie down of cargo. Other options MAF install as standard on the 206 include STOL kits on the wings (allow for shorter landings & take offs), Flint tip tanks (wing tip extensions that actually double as extra fuel tanks), larger tires (for gravel / grass strips), V-brace at windshield (standard on float planes to stiffen the front structure...MAF puts them on all their 206's), and cargo pods. I think there's a few more too that I'm forgetting.
Posted by Unknown 3 comments:

Much to the delight of Simon, this last week the Municipal Nampa Airport was home to a B-17 Flying Fortress Bomber along with a B-25. For the past while every time an airplane would fly over head Simon would ask, "Daddy, is that one a Bombeh?? I think that was a Bombeh!" If you know Simon, he's still working on the pronounciation of his R's. We hope he'll grow out of it some day, but it'll be a little sad when he does.

So, to Simon's shear delight, what should fly into Lil' Ol' Nampa, some REAL Bombers! Even if planes aren't your thing, I think just about everyone could appreciate these aircraft, and the history they represent. These two aircraft in particular were pristine, completely restored right down to every last detail. Thousands of B-17's were produced during the 2nd World War, and of the 12 airworthy ones still flying, this is the only 'fully operational' B-17. If you've seen old war reals of American planes in massive formation dodging flak and getting shot at, it was probably B-17's. 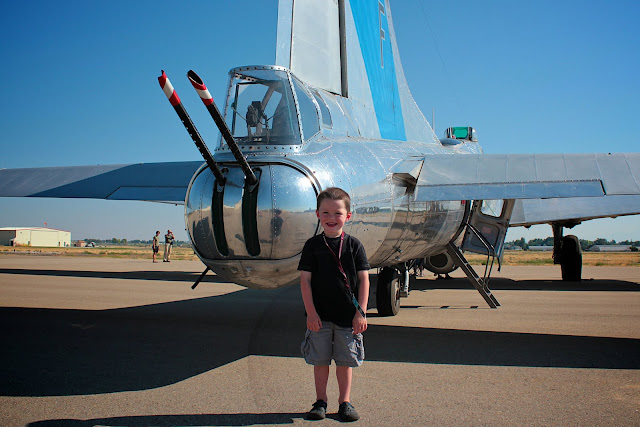 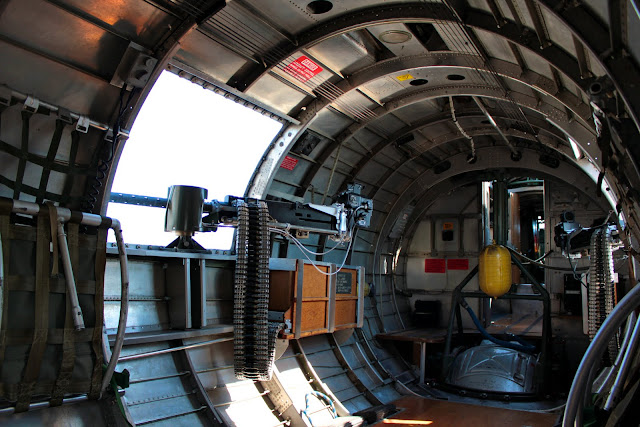 One of the 13  50 cal. machine guns this old plane carried...hence the name "flying fortress". 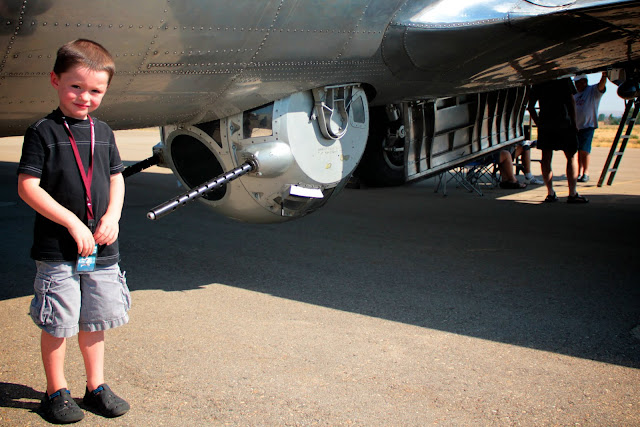 If there was ever any doubt that people were a wee bit skinnier back in the day, check out the size of this ball turret. Most of the men/boys who fit in there were 18 or 19 and couldn't have been over 150 lbs. 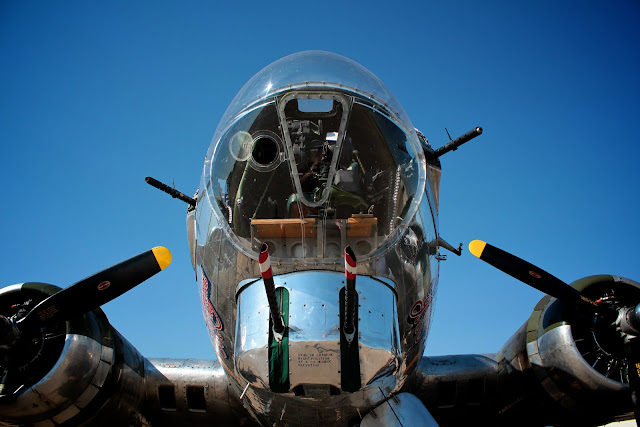 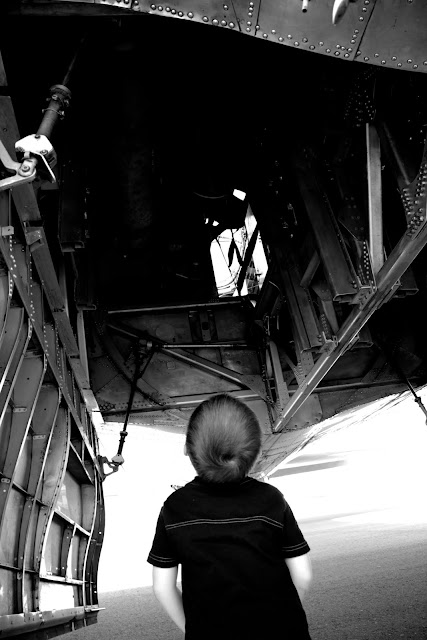 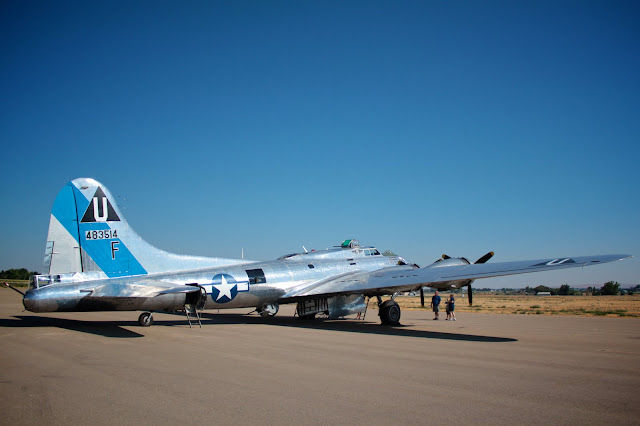 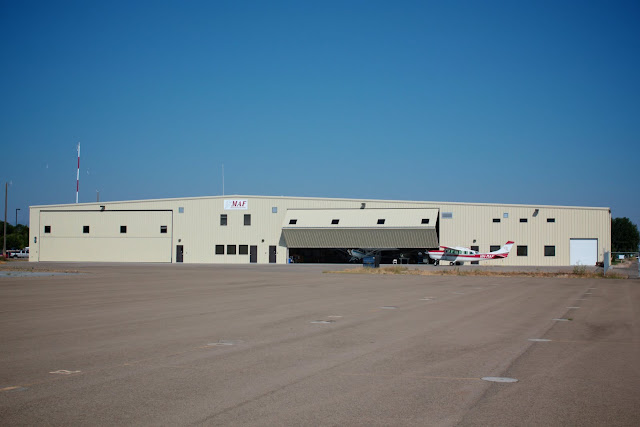 Walking back across the ramp to the MAF hangar. The left side is where the 3 training aircraft operate out of, and the right side is where older tired aircraft go to get that 'extreme makeover'. But since you're now on the edge of your seat with curiosity, maybe I'll save that for another juicy exciting aircraft maintenance blog post :) 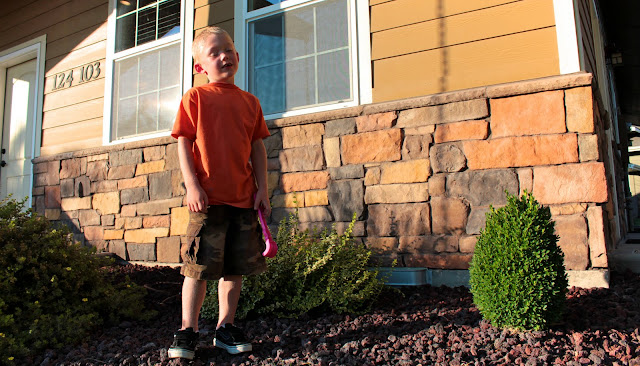 Back home across the road, Luke and Si have been prepping for overseas by finding whatever creepy crawlies happen to call the MAF property home. Under the bush behind Luke there is a little garden variety snake trying its best to hide from a couple curious boys. At least here, they're not poisonous!
Posted by Unknown 1 comment: