From the Phone No.3 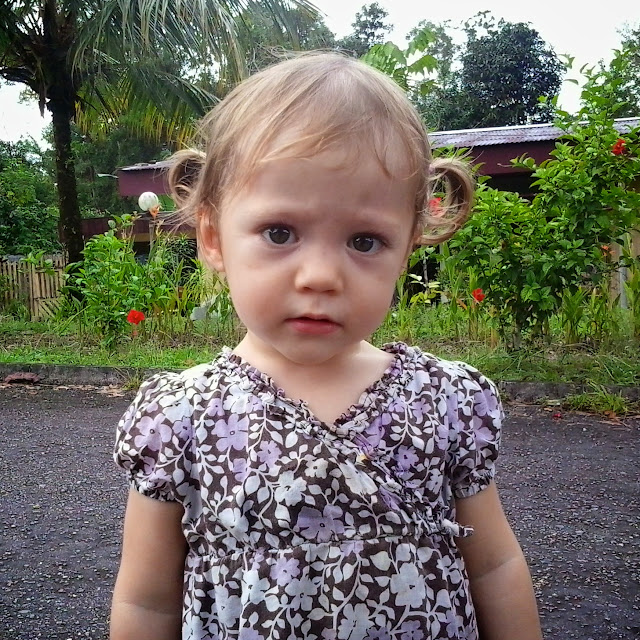 A few pic's from our last little family loop around Peningki Hill. Below are twin brother's (I've forgotten their names...Ramon & ?) who live near us. If you go for a walk around the hood, there's a good chance you'll see these two! 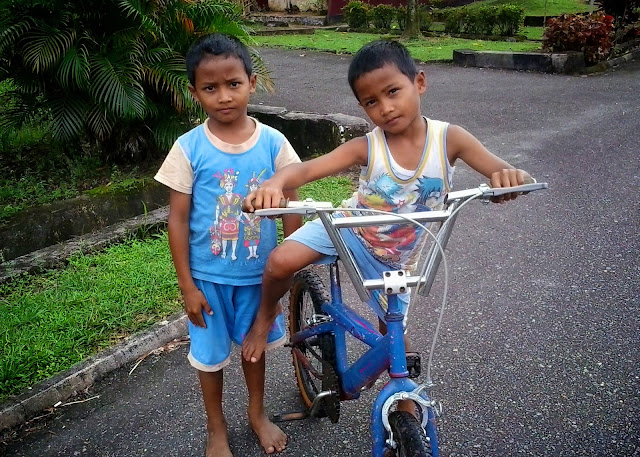 Charlotte taking a breather! Those 5 inch high curbs are just the right height... 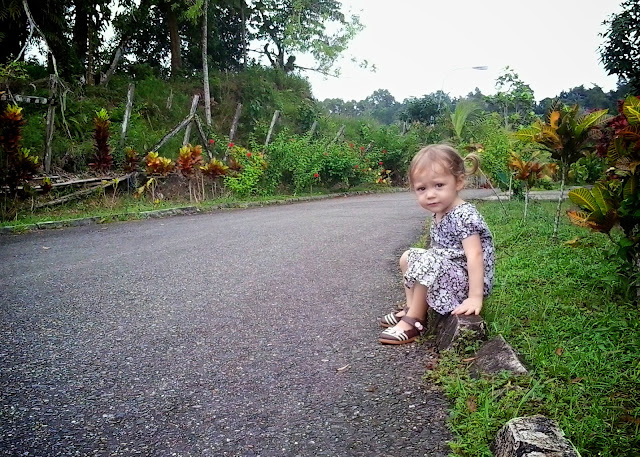 Helena got a much delayed but very much appreciated Lala-loopsie doll in the mail for her birthday. (thanks Annie!) Amy has already helped Helena change Miss Loopsie into every extra outfit she came with - about 23 times each. 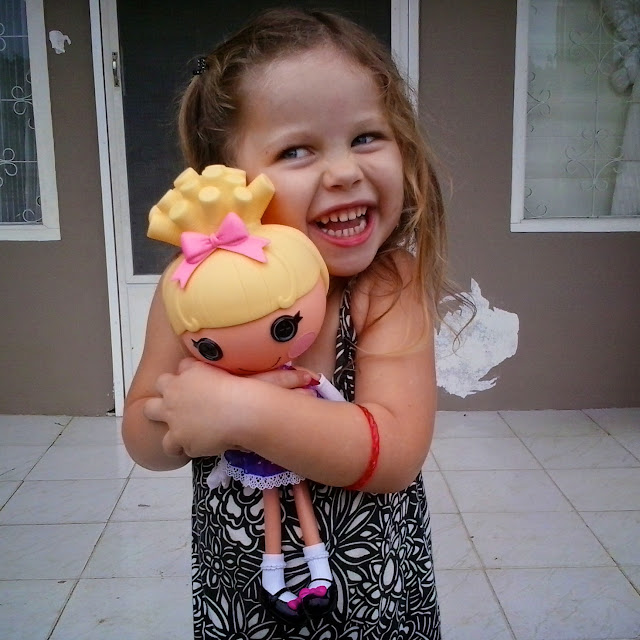 Hangin' in the hood! 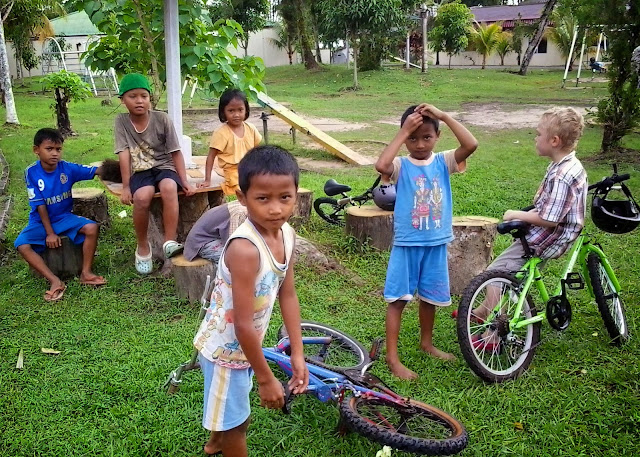 Orang Sakit (sick person / medivac patient)...
A couple of blog posts ago, O posted a picture of a teenage girl on a stretcher who was in a motorcycle accident somewhere interior. Sadly, I learned later on that she died. Even from my vantage point (merely observing from the hangar) that fine line between life and death seems to be a little more up close and personal than back in Canada. Despite sad events such as this, the reality is so many medivac patients lives are saved because they can get flown out and receive some basic care in a hospital.

One of our pilots (Dave, pictured below) mentioned recently that in this last stretch of a month and a half he has flown more medivac patients than at any other one stretch of time in all his years flying out of Tarakan. Almost everyday since the new year, including the odd weekend call-in, MAF has had calls to fly medivac's...And these patients are not just a little sick, most of them have pretty serious situations. 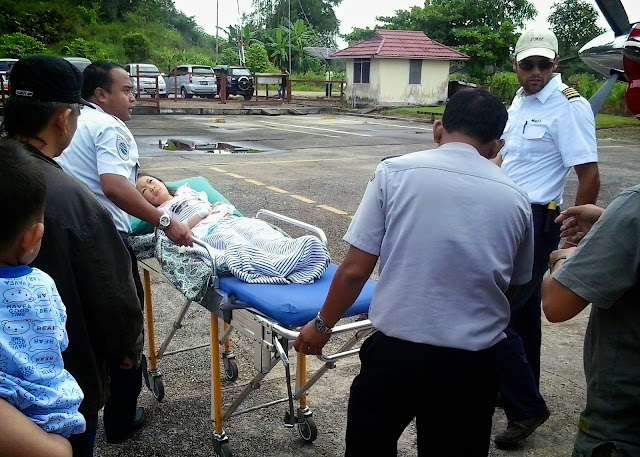 These following pic's all look similar, but they're different people on different days. Above is a little girl (maybe 4 yrs old?) that was just off-loaded from the airplane. I heard she was hit by a scooter. Although pretty beat up, she was awake and alert. She was immediately transferred to another plane and flown to a hospital in Surabaya ( a big city in Java). This could have very well been one of those situations where she would have died without further medical attention (of course, that's me guessing). But I can say this is definitely true of the different Mom's flown out who needed c-sections. 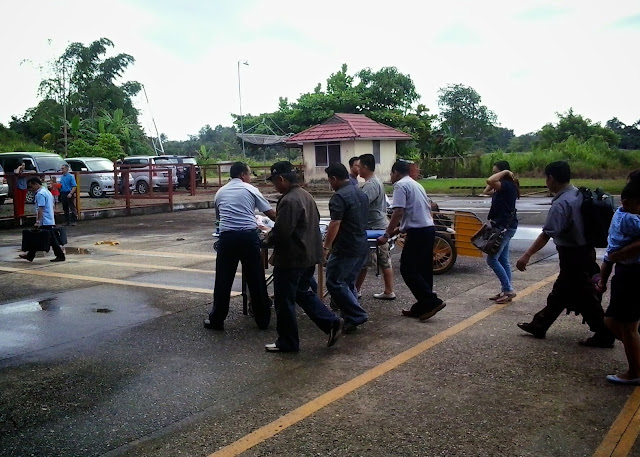 To all of you who pray for this ministry & support this ministry - You had a hand in helping this little girl!  Though we are many parts, we are one body in Christ! I hope you can be encouraged by seeing just a little of the way God is using us through MAF. Above, the little girl is being wheeled over to a van to catch the next flight. And below, a man is being offloaded (different day, different patient). Apparently this guy fell off a hut in his rice field. 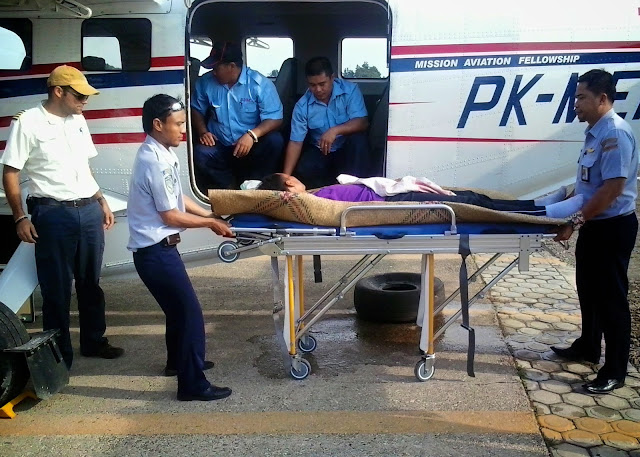 Of course, along with people, lots of stuff gets moved about too! Below, Pak Engel helps out with moving a 560lb piece of farm equipment that is waiting to get loaded in the Kodiak. 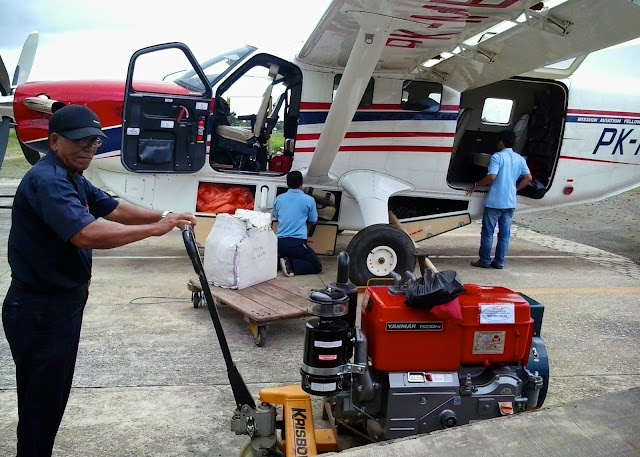 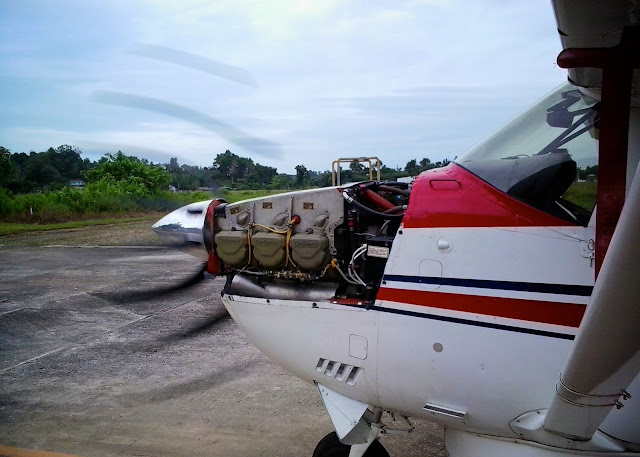 If you remember back to a previous post that had a bunch of engine cylinders lined up on a work bench, here are some of them back in action. This is the first run-up of Cessna 206 MPI with the new(er) set of cylinders installed.Now they're making noise, good noises that is!
Posted by Unknown No comments: 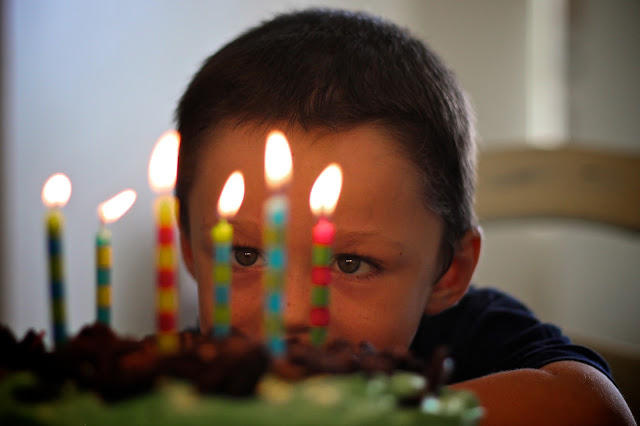 A couple of Simon's friends came over to play & eat cake. 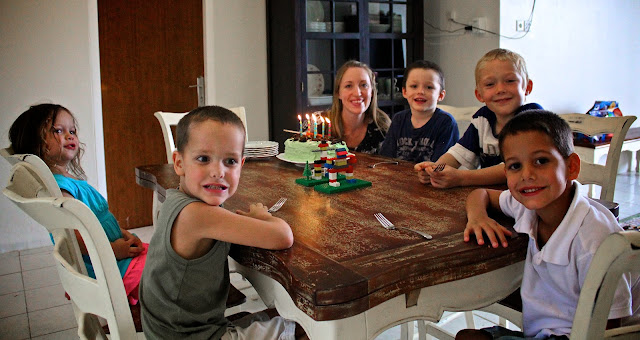 And of course maybe watch just a little tv. 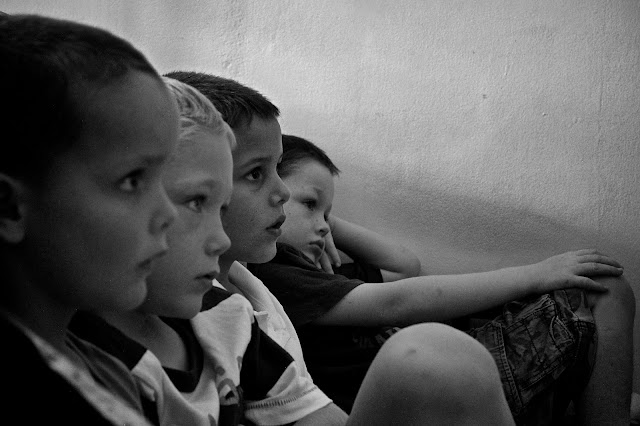 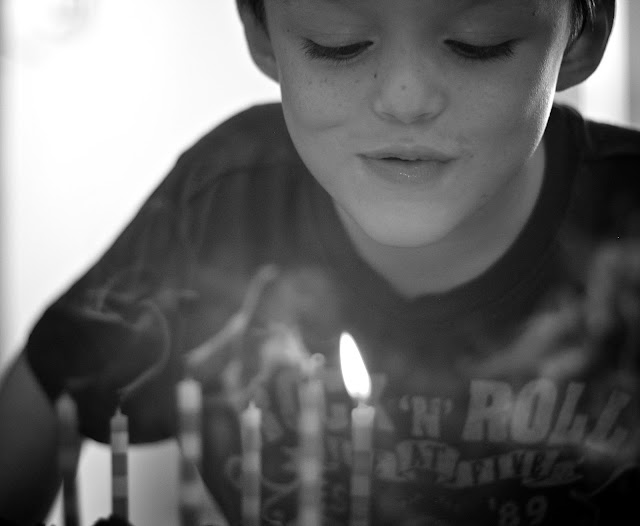 The other day a little Biawak (monitor lizard) decided to let the dogs know he lives here too. It is amazing how they can use their tails as a weapon, as soon as the dogs got too close, he'd whip them in the face! Imagine what a big one could do. And by big I mean 4-6ft, they're the second largest type of lizard in the world, and will eat stuff like chickens, etc. 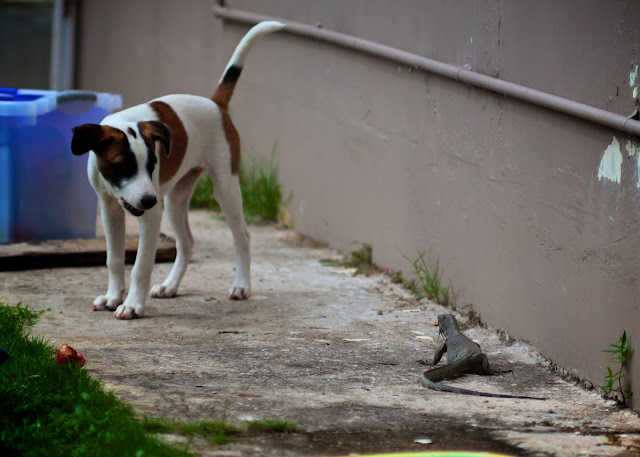 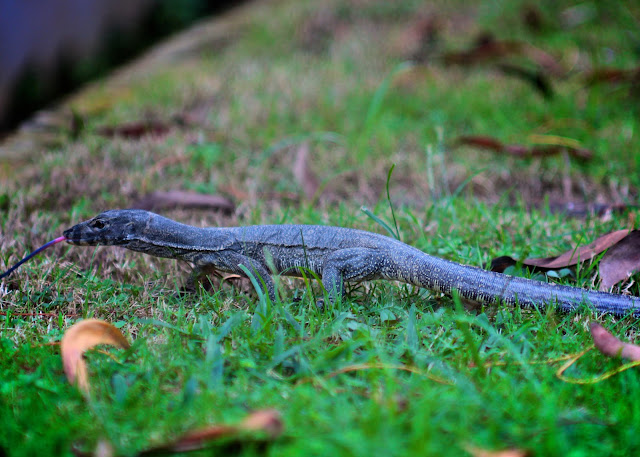 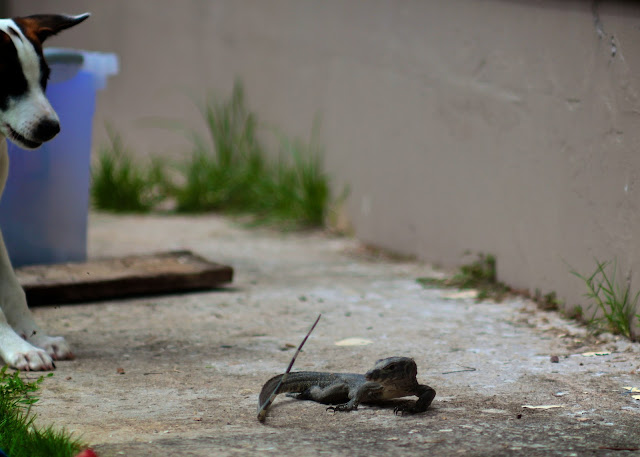 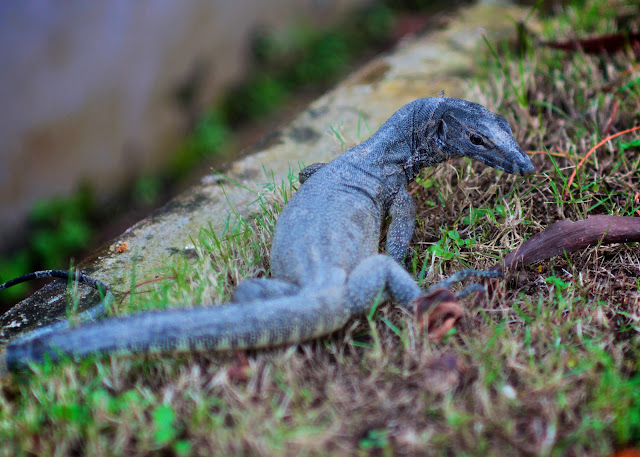