This past summer "Mike Papa Zulu" became a new addition to our fleet of MAF aircraft here in Tarakan. This is a picture the day after her (Yes, it's a her, I can already tell she'll be a good ol' girl) first day of official flying in Kalimantan.

Why would it take so long to get flying if she has been here since the summer!? Well, she was due an engine change when she arrived from Papua, along with a lot of other jobs big and small to make her similar & consistent to our other two Cessna 206's, including changing out a bunch of avionics equipment. Plus, we had to deal with all the paperwork required by governments on both sides of the Pacific to make her officially airworthy.

That all said, as part of the maintenance staff, I was happy to see her flying people & cargo, and getting all muddy - just what she was brought here to do! 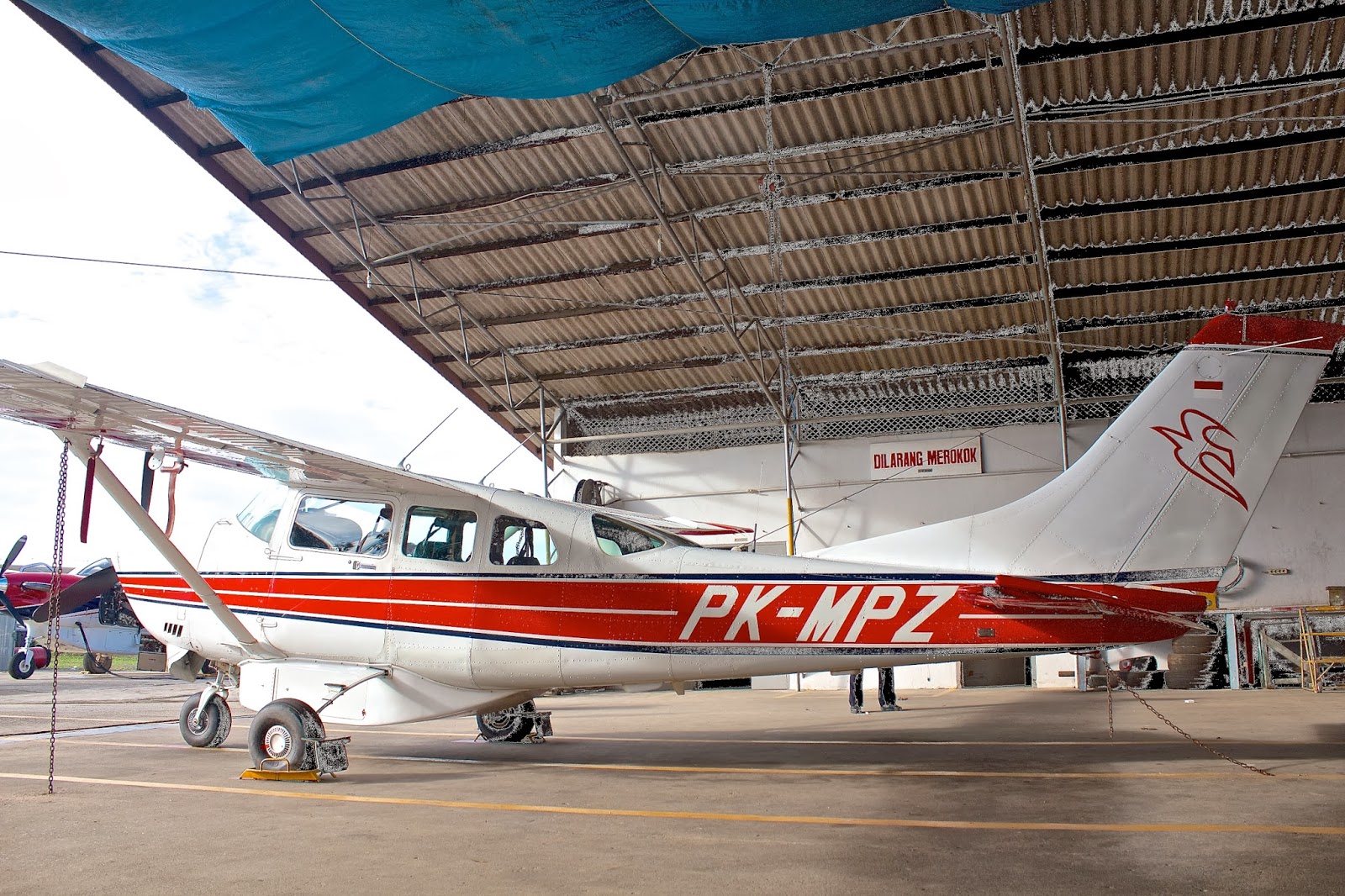 Every once in a while, washing aircraft on a hot Borneo afternoon gets a little out of hand. Our Karyawan (Indonesian word for "Employees / paid staff") can go from quietly doing there job to full on water fight in just seconds. This particular day I happened to have my camera.


Below, Pak Markus patiently waits outside the staff room with a bucket o' water... 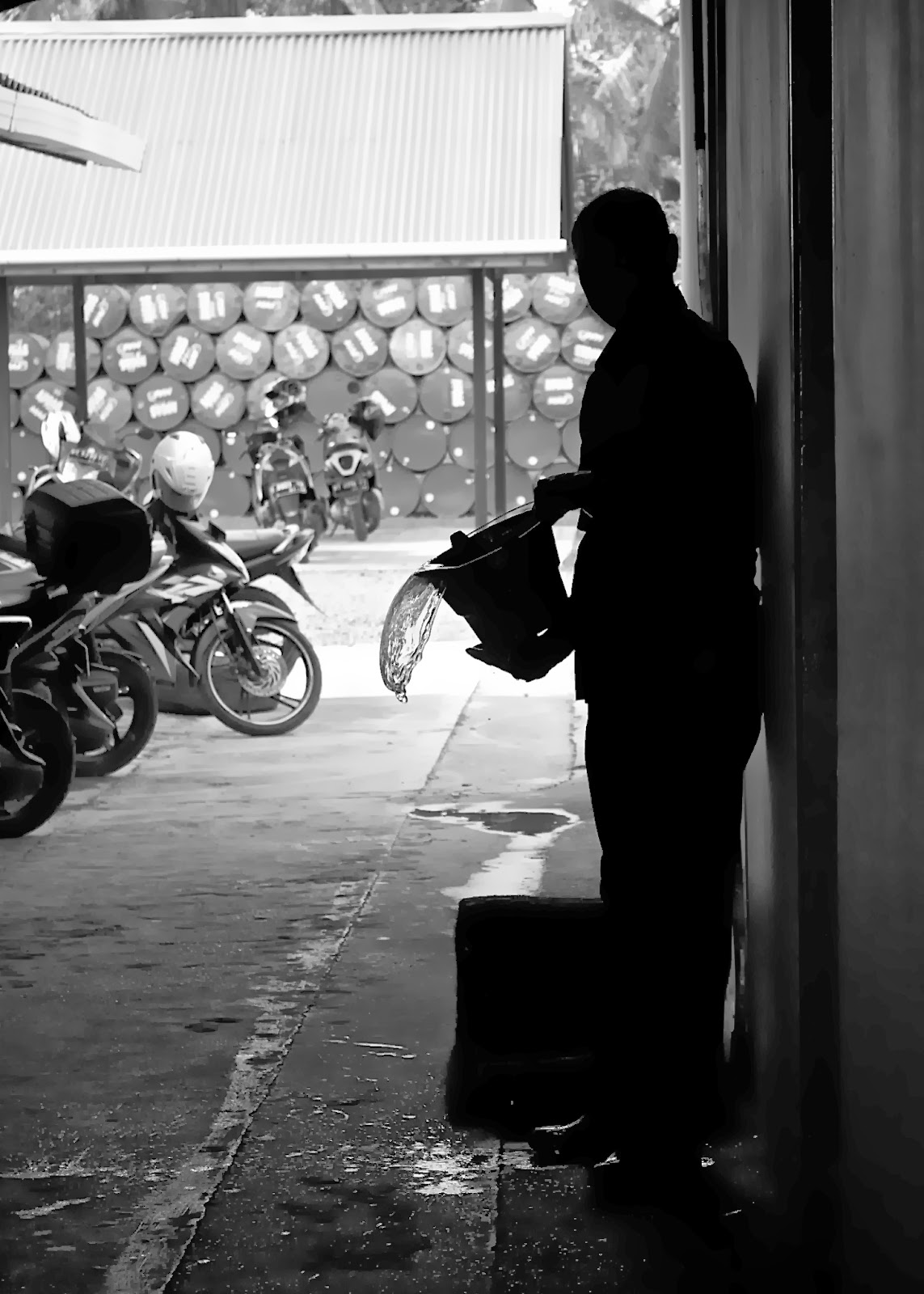 Nelson, almost ran on to a controlled runway in an attempt to keep himself dry, his plan eventually failed. 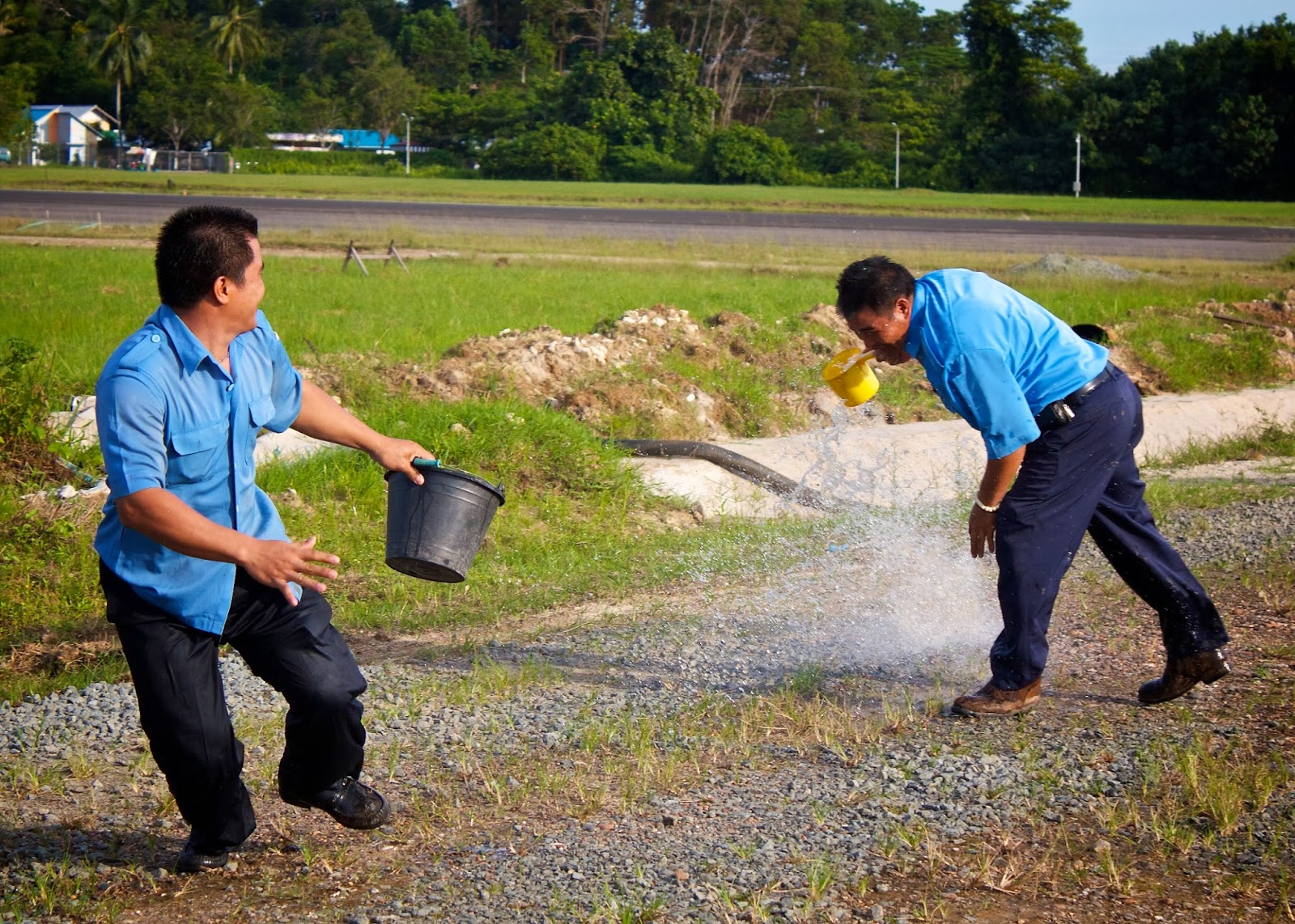 Markus, again, waiting in ambush. He tactics eventually paid dividends, but by that time I had grown impatient with the camera. 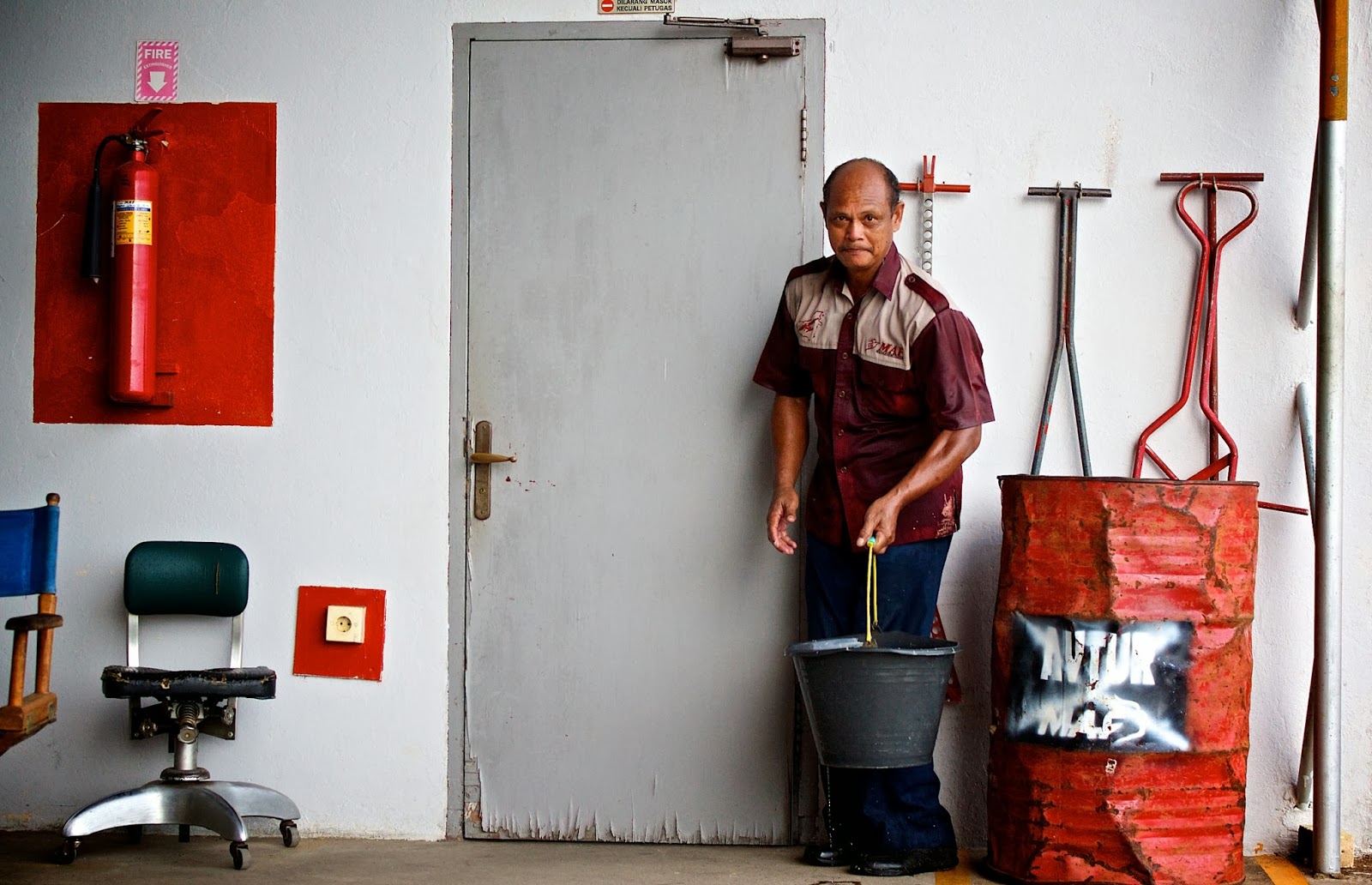 Our water reservoir just happen to run dry that afternoon, but that didn't stop Nelson from using swamp water from who-knows-where! 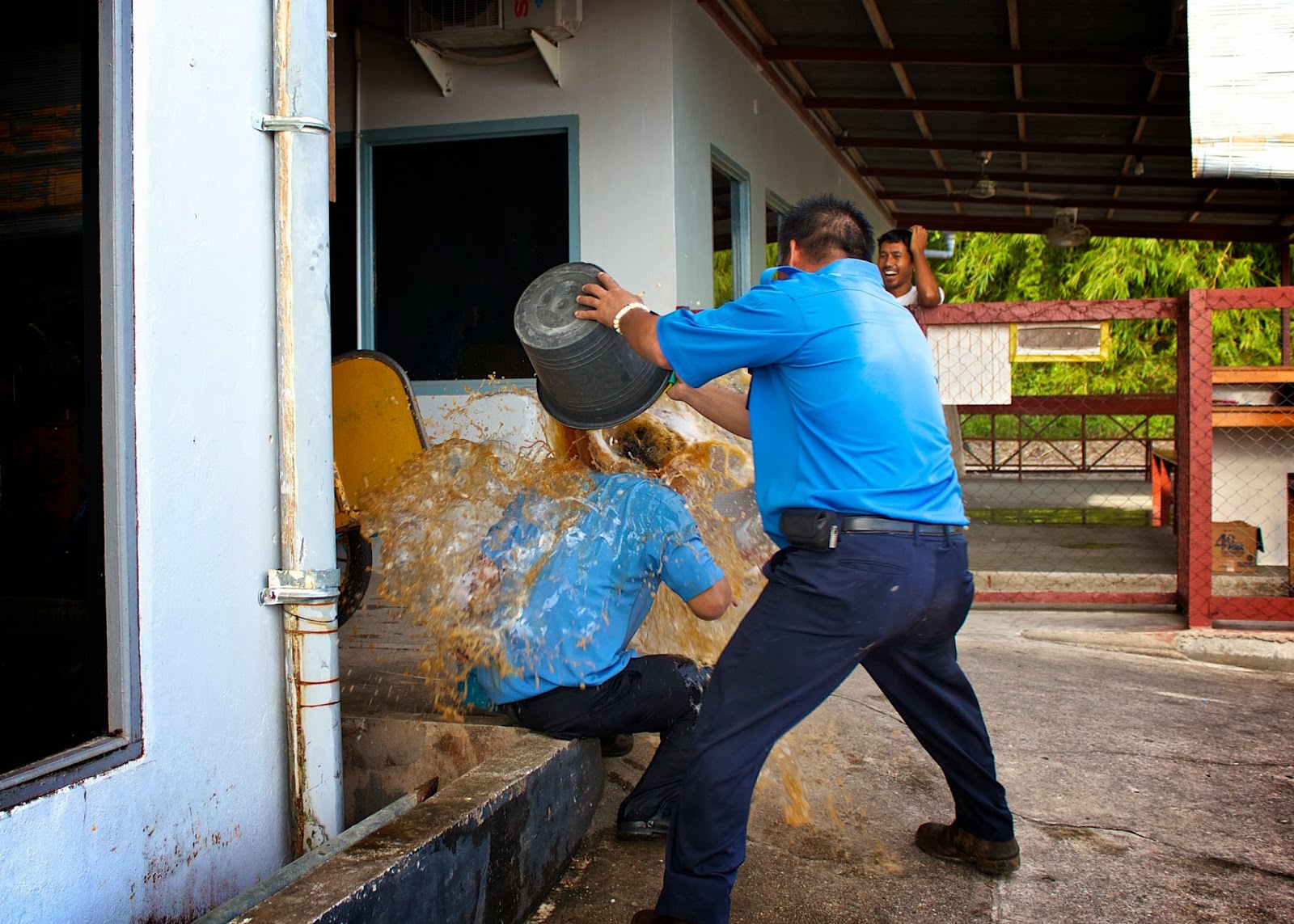 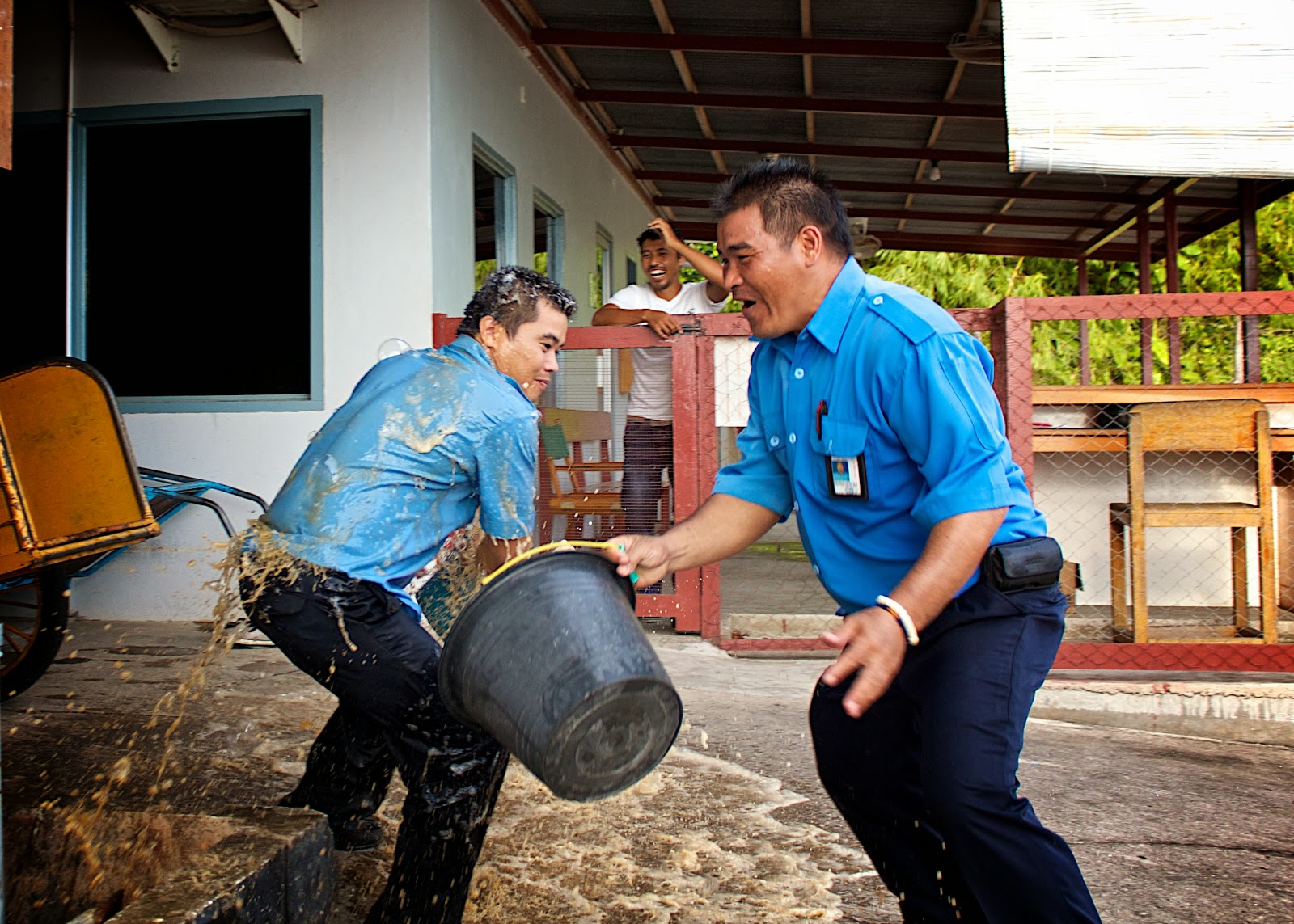 These are some pretty cool guys to work with, who love Jesus and it shows in their lives. They are invaluable to MAF's ministry here. Plus, they let me go home dry and not smelling like swamp water. Not bad. 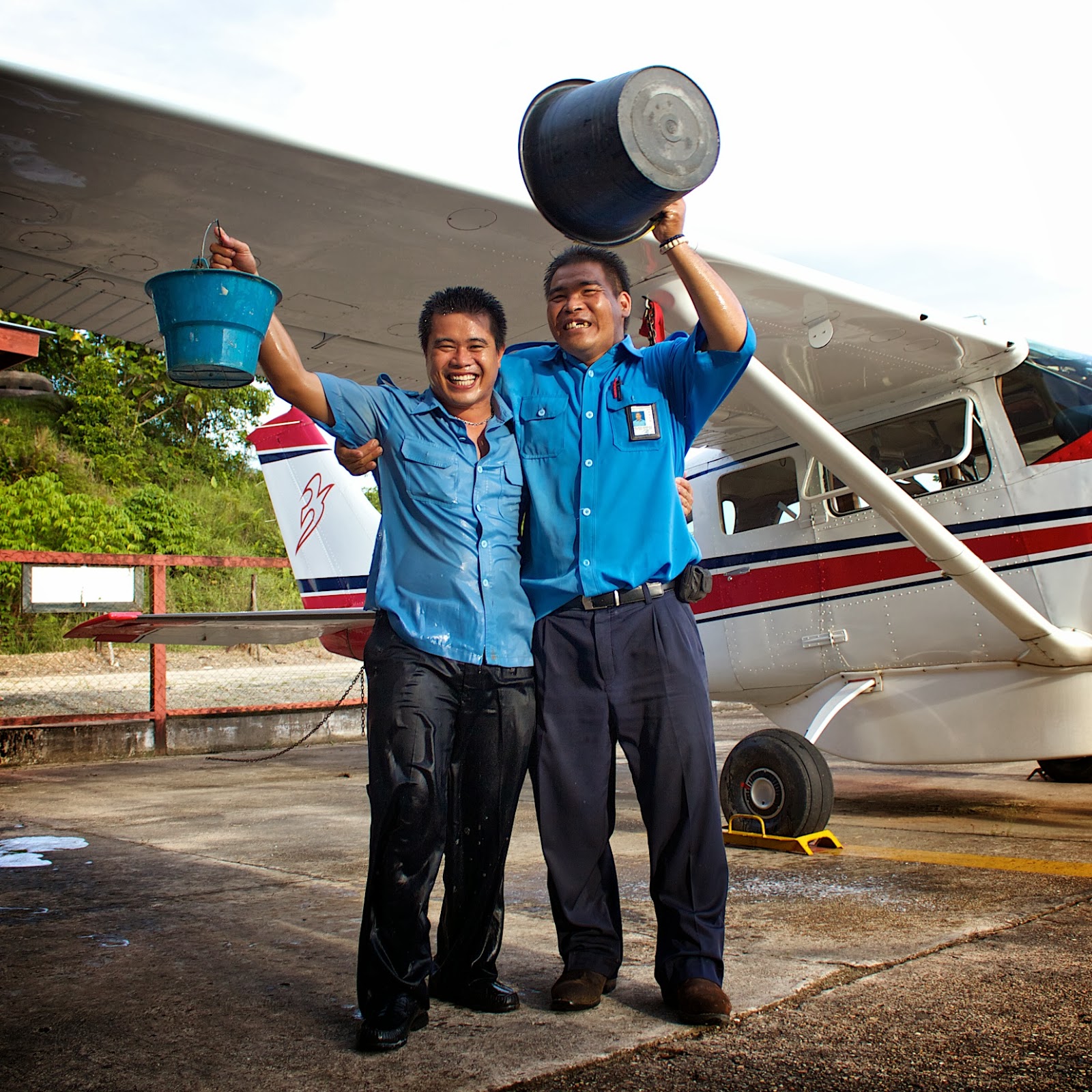